A football Star Among Hockey Players 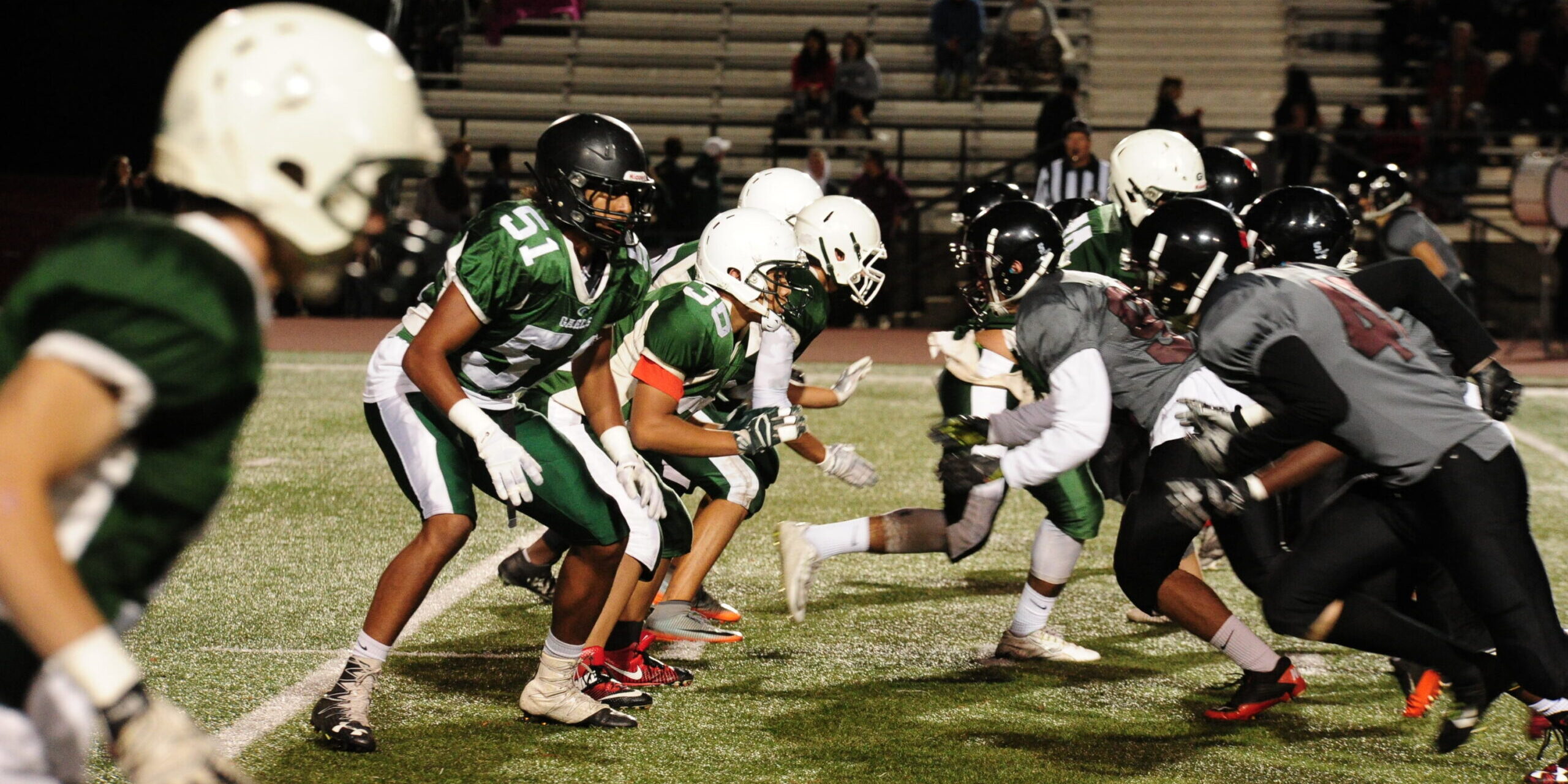 He stands on the hot concrete steps of an empty Vaught Hemingway stadium with his hand shielding his eyes from the high, scorching Mississippi sun. Before him lies a freshly cut, grass football field, on which players wearing the Rebel’s red and blue have bled and sweat on its green blades for a century. If you told a football player from Guelph, Ont., that he would be on one of the biggest stages in college football a year ago, he would have laughed and said you were crazy.

It wasn’t a straight path to get here, though. For Tavius Robinson, the path to this moment is one this field has rarely seen.

Born and raised in Guelph, Robinson didn’t start playing football as young as his American teammates, but he grew to love the game at an early age, huddled around the television watching it with his father and uncle.

For most Canadians, their earliest sports memory was getting up early in the morning, driving to the rink, sitting in the dingy dressing room of the arena, patiently waiting for their skates to be tied by their parents. But for Robinson, he didn’t fit the stereotypical Canadian mold. For Robinson, it was putting on his oversized football pads and his bright orange cleats before his first football practice.

At the age of nine, Robinson began his football journey at a field crammed between two streets filled with old, brick suburban houses named Exhibition Park. This was where he would meet his childhood coach, Pat Neald.

“Some kids mature early and then they sort of plateau, but Tavius was one of those kids that kind of matured early, never plateaued, and continued to mature and got to a size that you know is really unique. You just didn’t see such kids,” said Neald. “His height, his speed, his endurance. That was evident, probably by the time he was 12 years old.

“I’ve coached a lot of kids that are very good athletes and have a lot of talent,” he adds. “But just the concentration and the commitment that Robinson has had was really special.”

If anyone would really know the type of player and person Robinson is, it’s Neald. He coached Robinson from the time he was nine until the end of his high-school career.

One Robinson story that stands out in Neald’s mind was during their time together at Guelph Collegiate Vocational Institute. Robinson was in the latter part of his high school career and had a bit of a knee issue during the season, so Neald and the coaching staff forced him to sit out of practice. This was one of the first times he did so in his football career. Neald recalls that Robinson wasn’t happy about it.

“I just want to play,” said Robinson. “I know that if I sit out once, that’s one more day where I’m not working to be a better player and helping my team out.”

During his five seasons with GCVI, Robinson became a star and helped the Gaels win the district championship in back-to-back years, but from the way he acted, you would have never guessed it because of his quiet demeanor and always-present big smile, said Neald. The kind of smile that is contagious.

After his success at the high school level, many universities were looking to recruit the six-foot-eight defensive lineman, but he ultimately chose to follow in his uncle’s footsteps and play for the hometown team at the University of Guelph.

Robinson’s uncle, Junior Robinson, has been a big influence and mentor for the emerging star.

“It was good being able to talk to someone who has had to make similar decisions in life that I did. Going back and forth between my uncle and my parents really helped me,” said Robinson. “Sitting down and talking to him in June of 2020 when I was making my decision to go to the States was amazing. Knowing that he was always just a phone call away was really helpful.”

Junior Robinson, a defensive back, played two years for the University of Guelph Gryphons during his collegiate career. He was named an Ontario University Athletics and Canadian Interuniversity Sports all-star in 1982.

After his time with the Gryphons, he was selected in the second round of the 1983 CFL draft by the Ottawa Red Blacks, and would go on to play for 10 seasons in the league.

Similar to his uncle, in two seasons with the Gryphons, Robinson was quickly becoming one of the better players in the OUA — he was named to the All-Rookie Team in 2018 and the second OUA all-star team in 2019.

But just as Robinson was building momentum, the COVID-19 pandemic hit. As a result, U Sports announced in June that there would be no university football season in 2020. This would change everything for Robinson.

Facing a year without football, Robinson, with some convincing from his roommate Jake, decided to make a highlight tape and send it out to American schools through email and Twitter to see if he could play that fall.

“Even when I was sending out my tape, I wasn’t really expecting any responses back, but as soon as one big school found me, another one would and it just spiralled from there, so I was really honoured to have all the options I had,” said Robinson.

But this isn’t just an ordinary experience for a Canadian. According to Canadian football expert Justin Dunk of 3Down Nation, the transition from U Sports to the NCAA is unheard of, especially a transfer to a Power 5 conference (SEC, Big 10, Pack12, ACC, and Big 12) team. Most players are recruited out of high school, like NFL Wide Receiver Chase Claypool, who went from Abbotsford Senior High School to Notre Dame in 2016. The only person to do so before Robinson was Tyler Varga, who transferred to Yale from Western University and went on to have a short NFL career with the Indianapolis Colts.

High-level schools including Ohio State, LSU, Michigan State, and Ole Miss (University of Mississippi) all showed interest in Robinson, giving him plenty of options in the next step of his football career. He ultimately chose Ole Miss.

“I chose Ole Miss because of their loyalty to me,” said Robinson. “They were the first team to really reach out to me once I sent my tape out to see if it was even possible to play down there with my classes and the transfer rules.

“Plus I loved the coaching staff and scheme they were looking to implement because I really felt like it fit my game,” he adds.

Three days after he was deemed eligible to play, the 23-year-old packed, said goodbye to his family and friends and he was on a plane to Oxford, Miss.

All of his work over the years, right from his first practice as a nine-year-old, led him to this moment. He’d finally get to play in an NCAA jersey. He would finally be able to step on that hallowed grass field.

Here he stands. In the long concrete tunnel, sharks emulating the school mascot painted on the sides of the walls. The muffled sound of the marching band playing and the crowds’ cheers ricochets off the walls, as the smell of gunpowder from fireworks fills the air. When the team runs out of the tunnel onto the field, time stopped for Robinson, like the classic final scene of an underdog sports movie. Only at this moment did he realize that he had finally made it.