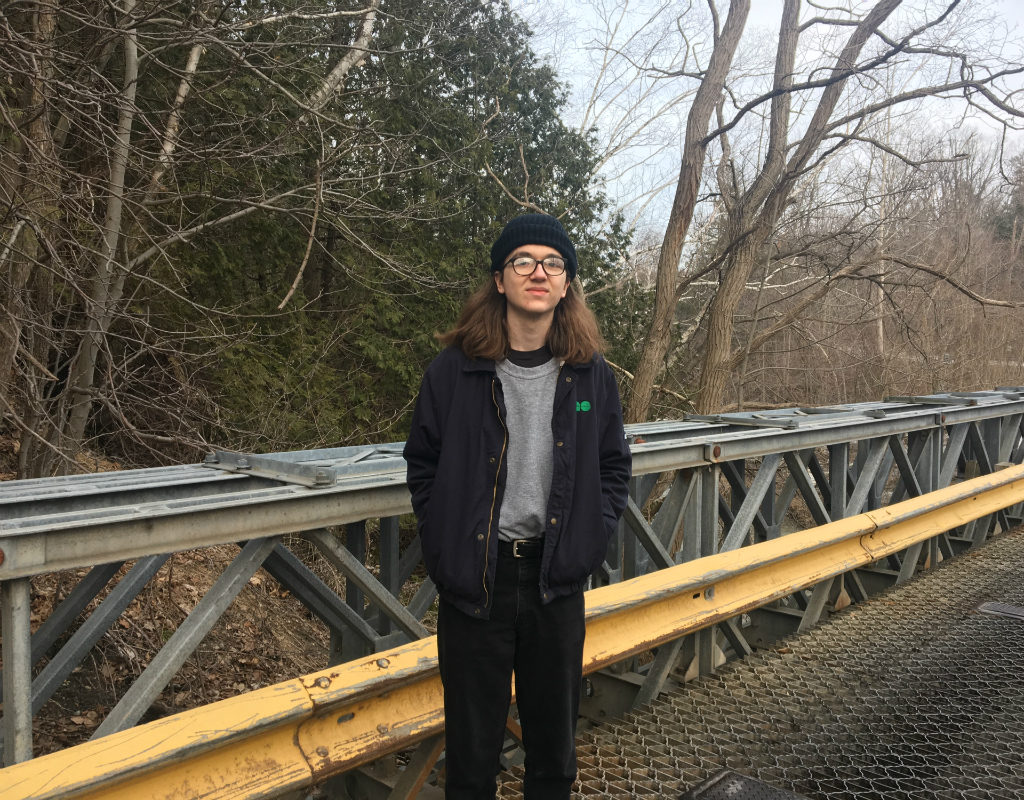 On her birthday, a young girl looked off towards Rouge River from the Old Finch Bailey Bridge. As she broke her stare down the creek, a car rapidly turned a sharp corner, and struck her dead. To this day, urban myth says that if you sing “Happy Birthday” while on the bridge, her spirit will scream for you.

This is the most popular of the spooky stories associated with Old Finch Avenue, just north of Toronto Zoo. Despite becoming a permanent fixture on many haunted spots in Toronto lists, little is known about the truth behind this story. This uncertainty is what drives some people to make the trek to the northern Scarborough street in an attempt to hear the birthday girl’s wails.

Complete with long driveways, garages with basketball nets attached, and an elementary school, Old Finch Avenue starts off as the sort of neighbourhood you’d see on a family sitcom. It doesn’t take its eerie turn until it fragments, taking a short break to go north at Sewells Road, then continuing east. This is where it transforms from suburbia to a ghost story.

Varuen Kugendran, a resident of southern Markham, says the tall tale was well known at his high school close to the border of Scarborough, and that he stood under the bridge with some friends and sang “Happy Birthday” one night about four years ago. Though he didn’t hear the ghost himself, he says his friend felt something tugging on his jacket. He says the experience still haunts him, and that he believes he and his friends “Felt chills that only a ghost could give.”

When brought back to Old Finch, forested area surround either side of the street, with only one house situated uphill overlooking the river. As the snow crunches beneath Kugendran’s feet, he recalls walking down this street without sidewalks with his high school friends.  Then, a running engine slowly gets louder and louder as he fumbles his way into a shallow snowbank, nearly falling over. He regains his balance and watches a maroon crossover pass him by. Once the car passes, he shakes the snow off his legs and watches it pass over Old Finch Bailey Bridge. The narrow bridge can only fit one car at a time, causing another car coming the opposite way to jerk to the right unexpectedly. Honking ensues. Kugendran laughs. “I remember it being a lot less busy at two in the morning.”

When he approaches the bridge, he leans over the railing and looks off into the Rouge River. “Even when it’s daytime, there’s something creepy about this place.” He looks to his right and sees a car about to cross the bridge and quickly runs to the other end. The streetlights on either side of the bridge seem to mean nothing to drivers and pedestrians alike, as most just cross the bridge when it looks clear. This also makes it difficult to stand on the bridge for more than a minute at a time.

However, it seems as if amateur ghost hunters disagree on where they thought the haunted bridge was. Twenty-year-old student Cole McInerney says he and his best friend came to what they thought was the Old Finch Bailey Bridge sometime in late high school. Though a skeptic himself, McInerney says his friend swears he heard the girl giggle or scream. “Honestly,” he says, shaking his head, “I think he’s full of shit.”

Turns out, their ghost is located a two-minute walk away from Old Finch, at the Sewells Road Bridge. He blames his confusion about the true location of the bridge on road signage; the only road sign at the fork in the road pointing towards Old Finch looks like it heads to Toronto Zoo.

When brought to the real Old Finch Bailey Bridge, McInerney starts laughing. “If the ghost was real, it seems a lot more likely she would’ve died here than where we were. This is a death trap for pedestrians.” Though McInerney says he is even more skeptical of a ghost occupying the area after his second visit, the ghost being able to be heard from Sewells Road Bridge is not completely ruled out.

Paranormal researcher Michelle Desrochers says that depending on the history of the area, the spirit could wander, providing the state the spirit of the birthday girl is in. “Does the spirit know it’s actually passed on, or is it in a state of confusion and feeling lost, not knowing where to go? Spirits are not bound by time and space, so they can pretty much go wherever they want. The birthday girl could definitely linger there as well, but it’s also possible there’s an entirely different spirit.”

Desrochers says she doesn’t know of any paranormal researchers going to investigate at Old Finch, but offers advice to the amateurs who want to communicate with the birthday girl. She says simply singing “Happy Birthday” may not be enough to communicate with the spirit. She recommends that amateurs going out into the field bring a trigger item that appeals to the spirit. In the case of the little girl, this could easily be done with a teddy bear or doll.

She advises that said people try to converse with the ghost instead of asking if anyone is present. “Always remember to be gracious,” she says. “Try not to ask things like ‘Is anybody here?’ We don’t know that this spirit knows that they’ve passed on or not.” She says this has been a successful technique in her own work. “When I was at Casa Loma all the time I’d walk around and I would talk to one of my staff and say, ‘You know we’re going to have so many people tonight. Hopefully Sir Henry [the ghost said to be haunting Casa Loma] will be okay with it.’ Well, Sir Henry just jumped in on the conversation and he says, ‘That’s fine. Thank you.'”

Though the birthday girl is the star of Old Finch, there are other bone-chilling spots on the street. An abandoned church and cemetery sit on a hill to the east, though it is marked as a Dairy Queen on Google Maps. Another urban myth  says a bus full of kids crashed into train tracks on the street in the ’70s, leaving behind the spirits of the children who push cars off the train tracks. However, there is no record of this happening.

With all of the conflicting opinions on the bridge, I decided to test out the theory for myself. I followed in the footsteps of the amateurs and simply sang “Happy Birthday” while on the bridge, admittedly getting confused what to call the spirit while singing. Though I didn’t hear any screaming, the experience was fairly adrenaline-inducing, and I wholeheartedly understand why some get a rise out of singing to the spirit.

People come to this creepy pocket of Scarborough looking for answers, but the mystery that surrounds Old Finch and its ghost-of-honour is precisely what makes this street so intriguing.  The only thing certain about the birthday girl is her uncertainty. As Desrochers says, “The subject of the paranormal is never absolute. You can never be 100 per cent certain what energy is or isn’t present in a haunted area.”

See also: Numerous commuters have complained about the mechanical problems of the Scarborough RT. In addition, commuters have struggled with delays, expensive fares and transfers in order to get to their destination. Despite concerns, the Scarborough RT and overall efficiency of transit in Scarborough has failed to improve or change to reflect the hardships its residents have had to encounter from inefficient transit for decades.